The MED This Week newsletter provides expert analysis and informed comments on the MENA region’s most significant issues and trends. Today, we turn the spotlight on the strike called by the Tunisian General Labour Union (UGTT) for June 16 and the country’s new constitutional process.

On June 16, the million-member Tunisian General Labour Union (UGTT) has held a public strike against the reform package the government has negotiated with the International Monetary Fund (IMF) to receive a $4 billion loan. Over the last weeks, the Union has been criticising President Kais Saïed for excluding UGTT from the decision-making process regarding an economic reform programme that would prove crucial for the country’s future. As Tunisia’s economy remains in disarray – plagued, among others, by ingrained unemployment and mounting inflation – the UGTT stands out against the public sector reforms agreed upon by the government to obtain the IMF funding, including wage reductions and the privatisation of state-owned companies. Likewise, job cuts and reductions in subsidies are key battlegrounds for the labour union. Against this backdrop, today’s strike will likely challenge President Saïed’s efforts to consolidate his seizure of power. Since he dissolved the parliament in March and tightened the grip on the judiciary, the UGTT – which played a crucial role in the 2011 revolution – seems to be the only organisation strong enough to throw a wrench into his constitutional reform plans. Saïed’s project, the UGTT points out, lacks the broad political consensus any reform of this magnitude would require. The government and the Union are now at odds over a national dialogue excluding several prominent political parties and civil society organisations. Both have joined the UGTT in calling for a boycott of the constitutional referendum scheduled for July 25. 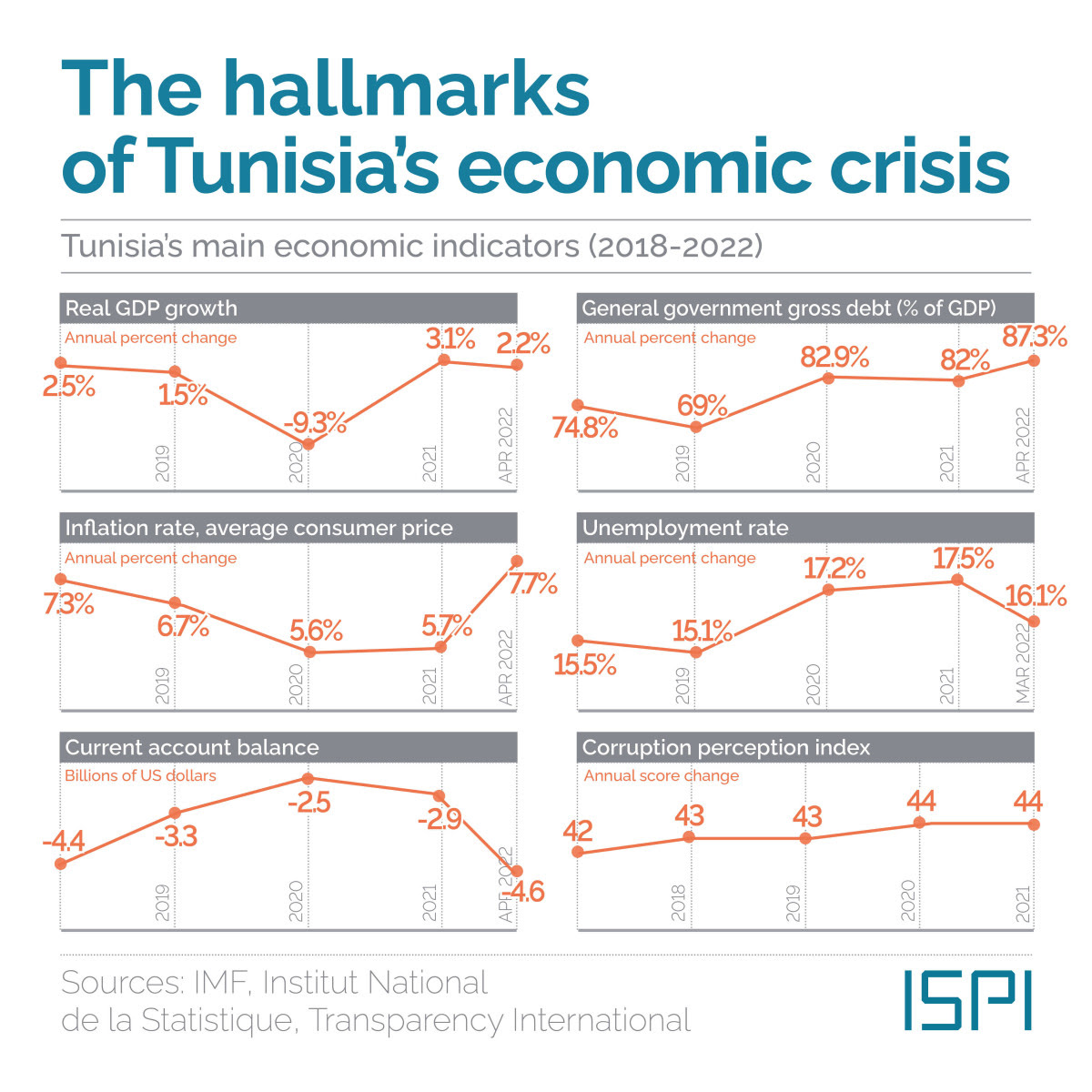 Experts from the ISPI MED network react to the latest political developments in Tunisia.

Without the UGTT, negotiations with the IMF risk going up in smoke

“Since the July 25 constitutional coup de force, President Saïed has been having a tussle with the Tunisian General Labour Union (UGTT) over several issues. Their relationship has been tense on at least two fronts. The first one is political, with the UGTT denouncing a highly individualistic political process based, it is claimed, on the president’s solitary approach, namely regarding the online consultation, the national dialogue, and the subsequent referendum. The second one is economic, as the UGTT has reiterated its rejection of the reforms requested by the IMF to secure badly needed funds and voiced time and again its concern over the declining purchasing power of Tunisians. The UGTT’s opposition to the whole process is epitomized by its boycott of the national dialogue, culminating in the June 16 strike that is likely to bring the country to a standstill. This strike is meant to put pressure on the president and the government. The UGTT is indeed  perceived as the one force with both political clout and the ability to mobilize the street and stand in the president’s way as he seeks to implement his political and economic agenda. All of which bearing in mind that the IMF will probably not negotiate a package without the UGTT’s backing.”

For Tunisia’s economy, a painful deal with the IMF may be the only way out

“Tunisia’s negotiations with the IMF over a $4 billion loan are ongoing. The IMF has been in technical discussions with the Tunisian government since the beginning of 2022 but despite some signs that a deal was coming, progress appears to have stalled. The conditions the IMF is likely to require are not new. Tunisia has long had one of the world’s highest public sector wage bills and provides high subsidies on a variety of goods and services. The IMF is expected to require the country to address these and other issues. The main labor union, the UGTT, has the potential to act as a spoiler in the deal. Recently, the UGTT leadership announced that it would “not accept” wage and subsidy cuts and has scheduled a general strike for June 16. Without an IMF deal, Tunisia’s economy is in serious trouble. Inflation has reached more than 7.5%, and unemployment is over 16%. Many investors are basing their confidence in Tunisia on its ability to close a deal. Besides, donor countries are relying on the IMF to address the state’s massive budget deficit, at near 10% of GDP.”

The reform of Tunisia’s subsidy system: No easy way forward

“Food inflation and the high dependency on wheat imports are severely affecting Tunisian food security. Over the last months, both supply shortages and the rationing of staple products have been recorded in the country. With previous grain purchases and an expected harvest increase, Tunisia would secure its stock for the coming months. However, it will not escape the long-term impact of rising prices on the food subsidy system and, consequently, on the state budget. In this context, one of the most complex challenges the Bouden government has to grapple with in negotiating with the IMF is how to intervene in the subsidy system. That is among the preconditions identified by the Fund to grant the loan. This year, the cost of the subsidy system has already increased by 300 million euros, and the authorities have recently announced a plan for 2023 to “review” its functioning and potential beneficiaries. The ongoing clash between the government and the UGTT will not facilitate a comprehensive reform. As an IMF agreement is still pending, it seems clear that the sustainability of such reform (and its social acceptance) will be determined only through a gradual, fair, and shared implementation.”

Saïed’s popularity is yet untested, but it will eventually “hit” the ground

“Since becoming president in late 2019, Kais Saïed has limited public appearances to small gatherings and orchestrated crowds. Unlike classical populists, he rarely stands in front of large audiences to deliver heated speeches, which he prefers to give in closed meetings or in front of selected TV crews. And even when he encouraged his supporters to demonstrate, only a few hundred showed up. His inability to mobilize the masses was all too obvious during the Spring 2022 “national consultation” that paved the way for his constitutional referendum. This is to say that his popularity remains untested on the ground. His opponents, however, are not more popular, and they are less trusted than he is, according to most polls. Until now, Kais Saïed has benefited from the resentment the opposition causes among the larger public, which gives him the appearance of a beloved leader. But in reality, few Tunisians follow his project or vision.”

“The so-called National Consultative Committee lacks any “legal” or constitutional legitimacy to draft a new constitution. It is not sufficiently representative of the country’s various political parties and civil society organizations. Furthermore, the Committee was given only about three weeks to write a new national charter, which is not enough to have a serious debate and consultation with the Tunisian people and their representatives. As for the clause on Islam being the official religion of Tunisia, we must remember that 98-99% of Tunisians are Muslim, and that President Bourguiba introduced this clause in 1956 as a compromise between the demands of secular and conservative voices. The clause was put forward to emphasize the need to respect the cultural and religious identity of all Tunisians, without mentioning Islam as a source of legislation for the country. The removal of such a clause will face substantial opposition from many corners and create more polarization at a time when Tunisia needs national unity and stability. Besides, the clause’s withdrawal will mean that religious institutions and mosques can no longer be under the control and management of the government, and I am not sure that Tunisia is ready for something like this, or that the secular-minded politicians would be fine with this outcome.”

Radwan Masmoudi, Founder and President of the Center of the Study of Islam & Democracy